Bruce is a gentleman that we have been able to help in the shelter lately. His life has recently dealt him some difficulties but he seems to take in stride. "I had a lot of dreams years ago. Ten years later some of those came true."
Bruce, a carpenter with a bad back, is in the shelter due to a job closing down essentially because of a tough local economy. He is planning on going to help his mother for a little while and is trying to save enough money for the bus ticket.
He is the first to admit that some of the decisions he made in the past weren't the right decision. "I've gone down some good roads and some bad roads. I'm just thankful to the Samaritan House to help give me more good roads to choose from."
Posted by Homeless In the Flathead at 1:43 PM No comments:

Immediately upon meeting Mike I can tell by his heavy breathing and labored walk that he is in a lot of pain. I ask, “How you doing today Mike?”
Mike pauses and puts his bag down, “As my Dad used to say, I feel like a million bucks, wrinkled, spent and green.”
Upon further discussion I learn that Mike is a 63-year-old Vietnam veteran who receives Social Security Income and Veterans Benefits. He suffers from Bronchitis, Emphysema, Diabetes and has severe Arthritis in his neck.
Mike is at the Samaritan House because of a reduction in his benefits amount. An overpayment and consequent reduction resulted in being unable to maintain his living arrangement. The regional VA at Ft. Harrison suggested he come to the Samaritan House for shelter.
Mike tries to keep his spirits up but admits it gets tough. He recently had to give up his dog, a Border Collie named “Louie” he had for nine years. Samaritan House is helping Mike with food and shelter as well as accessing other types of benefits he might qualify for.

Posted by Homeless In the Flathead at 4:13 PM No comments: 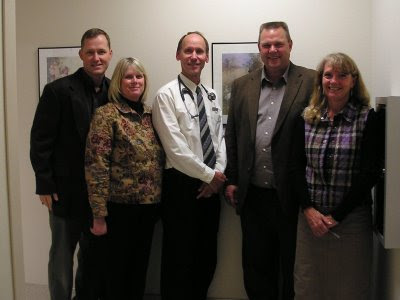 Just found an interesting article by the Flathead Beacon. I post this because it is local, and as you know I am a fan of all things Flathead. The article is about how local nonprofits should brace for harder times. There are quotes by friends and colleagues for whom I have much respect for.

It is at: http://www.flatheadbeacon.com/articles/article/nonprofit_funding_dries_up_on_federal_local_levels/5913/
Posted by Homeless In the Flathead at 9:30 AM No comments:

Fresh Paint in the Cafeteria

On Friday, October 3rd, we painted the cafeteria with the help of this group of volunteers from the Youth With A Mission base in Lakeside. The cafeteria is at the heart of what we do at Samaritan House. The cafeteria serves nearly 24,000 meals every year and is a constant flow of activity. Thanks to all who helped to keep it looking as nice as it does. Dinner is at 6pm, you should stop by.
Posted by Homeless In the Flathead at 10:20 AM No comments:

(The following is an email I received from a gentleman I have deep respect for, a former Samaritan House Board member.)

Chris--I have slightly adapted this prayer someone sent to me. It reminds me of you and others who help the unfortunate every day.--Bill

My life shall touch a dozen lives
before this day is done.
Leave countless marks for good or
ill ere sets the evening sun.
This is the wish I always wish, the
prayer I always pray;
Lord, may my life help other lives
It touches by the way.

Warm Regards for your special mission.

Bill Hadly
Posted by Homeless In the Flathead at 11:29 AM No comments:

How Did We Help? 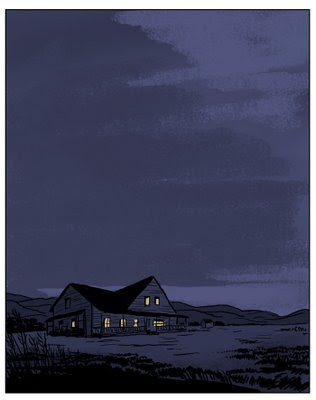 At dinner last night I asked a few of the shelter residents, “What are your biggest needs and how has the Samaritan House been able to help?” This is how they answered:

“I need a job and a vehicle. Only this will take time and money. The fact that I have a place to stay and shower is very helpful. Everyone has been very kind and generous here and I am grateful.”
“I have been in need of work that I can do with my disability for several years. Since I have been at the Samaritan House my life has been better than it has been for a long time. There is still a few things I need to do. I hope and pray that my and other people in the Samaritan House lives change for the better.”
“Aside from the shelter from the elements, the room to grow stronger physically, better diet, to gain weight and to see to my medical issues ongoingly. After realizing my needs the staff helped me to accomplish them. My warmest thanks!”
“Housing, food, clothing, shower, laundry. It has been a good place for me because… my roommates are mellow guys and are easy to get along with. Now I need work so I can get the money to go home. It is better than most shelters, that’s for sure.”
“As usual. Work. The shower, to be able to do wash and laundry has really helped out. The food is good and I feel safe at night to be able to really sleep. If you’ve ever slept out, you’d know what I mean!”
“The place has been good to me, I came here to go to the Vet’s Clinic, they have given me a clean place to stay, nourishing meals, phones and mail service. On my trip here to get to the clinic I went through several other towns and shelters, this is the best one. In some of those shelters I had to sleep with my shoes on.”
“A place to call home.”
Posted by Homeless In the Flathead at 10:17 AM No comments: