Thanksgiving Day at the Samaritan House 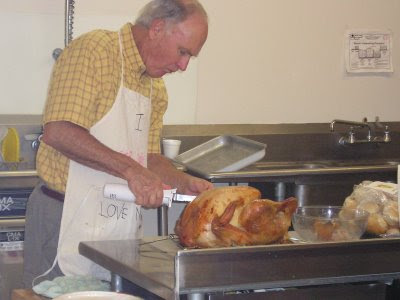 Thanksgiving at the Samaritan House was great! Just like any other family we all took time to share of our thankfulness. These are some of the things people said they were thankful for:
I am thankful for...

Posted by Homeless In the Flathead at 2:47 PM No comments:

Much To Be Thankful For

This time of year I feel very thankful, as I am sure you do to. Samaritan House has many things to be thankful for as well. One of these things is pictured above. Every year the Samaritan House receives this shipment of new coats for the shelter residents. The coats are from the Zumiez Foundation. What a great thing to be able to offer a brand new coat to anyone who needs one, very thankful.
What are you thankful for?
Posted by Homeless In the Flathead at 1:21 PM No comments:

The National Coalition for Homeless Veterans estimate that 23% of homeless population are veterans. In Montana this percentage is higher. Each year, 2.3 million to 3.5 million people experience homelessness in America. By taking 23% of that range for veterans, that would indicate there are between 529,000 and 840,000 veterans who are homeless at some time during the year.
Other statistics about homeless veterans are:
15% are pre Vietnam Era
47% are Vietnam Era
17% are post Vietnam Era
Only 25% have used VA Homeless Services
67% served three or more years
33% stationed in war zone
85% completed high school/GED compared to 56% of non-veterans
89% received Honorable Discharge
76% experience alcohol, drug, or mental health problems46% white males compared to 34% non-veterans
46% age 45 or older compared to 20% non-veterans
Service needs:
45% help finding job
37% finding housing
These are staggering numbers so let’s break it down as to how this problem exists in the Flathead Valley.
Through collaboration with the regional VA at Ft Harrison, Samaritan House is able to offer a vital connection to the specialized care that is necessary to make a positive change in some of these situations. We call it our Homeless Veterans Program.
On any given day we typically have up to ten homeless veterans at the Samaritan House and usually three or four of them are fully enrolled in our Homeless Veterans Program.
Our homeless veterans are offered a case manager, goals are set with daily follow up to monitor progress. Most are newly sober and possibly even wrestling with some sort of PTSD or mental health issue. These are all special situations that demand special answers.
Let's consider a few of the homeless veterans who were recently at the Samaritan House. Mike, who tells of being stabbed by a Vietnamese bayonet collapsing one of his lungs. Roger, who is disabled with PTSD unable to work but barely able to make it on his current disability income. James, a cancer survivor secondary to being exposed to Agent Orange in Vietnam. Eric signed up and went to Desert Storm because he was “looking for a fight.” He returned to find that his wife and daughter had gone back to live with her parents. His divorce papers were served here at the shelter. I could go on.
Thank you to all veterans including those we know here at the Samaritan House for your service and your dedication to our country.
Posted by Homeless In the Flathead at 9:55 AM No comments:

Some Things You Should Know...

Some things you should know about homelessness in the Flathead Valley:
1. Winter can be harsh at times in Montana.
While recently it has been a mild fall, last night the temperature was 22 degrees. It would be tough to try to stay outside, or even in a vehicle all night. This makes homelessness in the Flathead Valley a life or death issue on some nights.

3. Homeless people in the Flathead Valley are typically dealing with more than one issue.
Causes for homelessness here are broad and varied. The high cost of housing, long waiting lists, difficulty finding a livable wage, domestic violence, relationship troubles, mental health, chemical dependency, vehicle and financial troubles can all be factors that cause homelessness. These difficulties can all be present in some combination resulting in homelessness.
A common misconception is that most people “choose” to be homeless. This is not the case.
The best response is a comprehensive approach that provides long-term solutions.

4. Montana cares for it’s homeless people.
I believe part of the spirit of Montana is to show hospitality and help a neighbor who is going through difficult times. This is the case at the Samaritan House. With dignity and respect for all, the clients of the Samaritan House receive the full benefit of the kitchen and cafeteria, case management staff, clothing and furniture donations and numerous other types of help. In any given week at the shelter there are numerous volunteers.

5. Support is needed.
While Samaritan House does receive a federal grant it is relatively small and only represents 16% of the total budget. Additionally, the state of Montana does not offer direct grant assistance for homeless programs (one of only two states in the US). Samaritan House is able to continue services only through the generosity of local businesses, churches, organizations, families and individuals. Without this type of personal support the Samaritan House would not be able to offer the comprehensive and caring type of help that it provides.
Posted by Homeless In the Flathead at 10:47 AM No comments: